Almost all modern women acquire a due date early in pregnancy and understand that this date signifies an optimum time frame during which human pregnancy should end. However researchers have challenged received wisdom around the notion of the average length of pregnancy (Mittendorf et al1990, 1993, Mittendorf & Williams 1991, van der Kooy 1994).

Other research criticised policies relating to induction of labour for being based on sparse and dubious evidence. (Menticoglou & Hall 2002, Wickham2006)

Research has also cast aspersions on the concept of placental insufficiency (Oakley1984).

In 2010 there was a systematic review of the management of post-term pregnancy produced for the World Association of Perinatal Medicine (Mandruzzato et al 2010) it concluded that despite the popularity of policies of routine induction before 42 completed weeks of pregnancy:

‘There is no conclusive evidence that this policy improves foetal, maternal and neonatal outcomes as compared to expectant management’ (Mandruzzato et al 2010:111).

Yet even with all these eminent research findings none of these discussions have made a significant impact upon policies concerning post-term pregnancy. More women than ever are undergoing medical induction of labour. An intervention that has been described as ‘overused’ and ‘epidemic’ for years!

Research published in Human Reproduction last year has added further insight around so-called post-term pregnancy by showing that variability around pregnancy length is even greater than has previously been thought.   The findings also add weight to the idea that, on the whole, it is better not to induce labour simply because a pregnancy has lasted for a certain amount of time.

“The length of human gestation varies considerably among healthy pregnancies, even when ovulation is accurately measured. This variability is greater than suggested by the clinical assignment of a single ‘due date’.

They support the notions that it can be completely normal and safe for pregnancy to last longer than is currently deemed ideal, and that it may be preferable to give a due date as a window or range rather than a set point.

My hope with this blog is that I have opened your eyes to the concept that we are all different and this is reflected in the differing amount of time we take to go into labour. Let’s be patient!

What you can read next 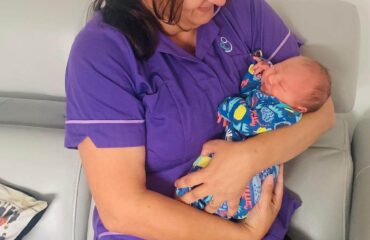 What is in a Midwife’s Home Birth Kit?